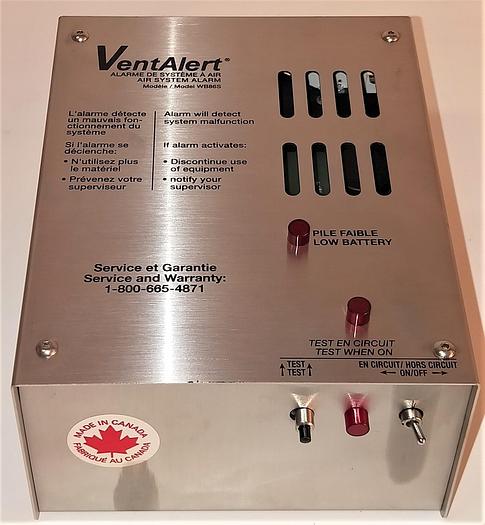 The VentAlert WB86S air system alarm continuously and effectively monitors the operating efficiency of exhaust systems, confirming adequate performance or warning the operator when a partial or complete failure of the exhaust system occurs by emitting both audible and visual warning signals. The exhaust system in an operating fume hood produces a low static pressure which causes air to be drawn through the hood and ducts. VentAlert monitors the negative, operating static pressure in the duct just above the fume hood and alarms when the pressure deviates from the preset limit. The VentAlert alarm is mounted on the exterior of the fume hood (with a small sensing tube penetrating the duct above the hood - not included) in a location that is readily visible to the user during use of the fume hood.

Features pertinent to laboratory personnel include:

Reasons for activation of alarm include: